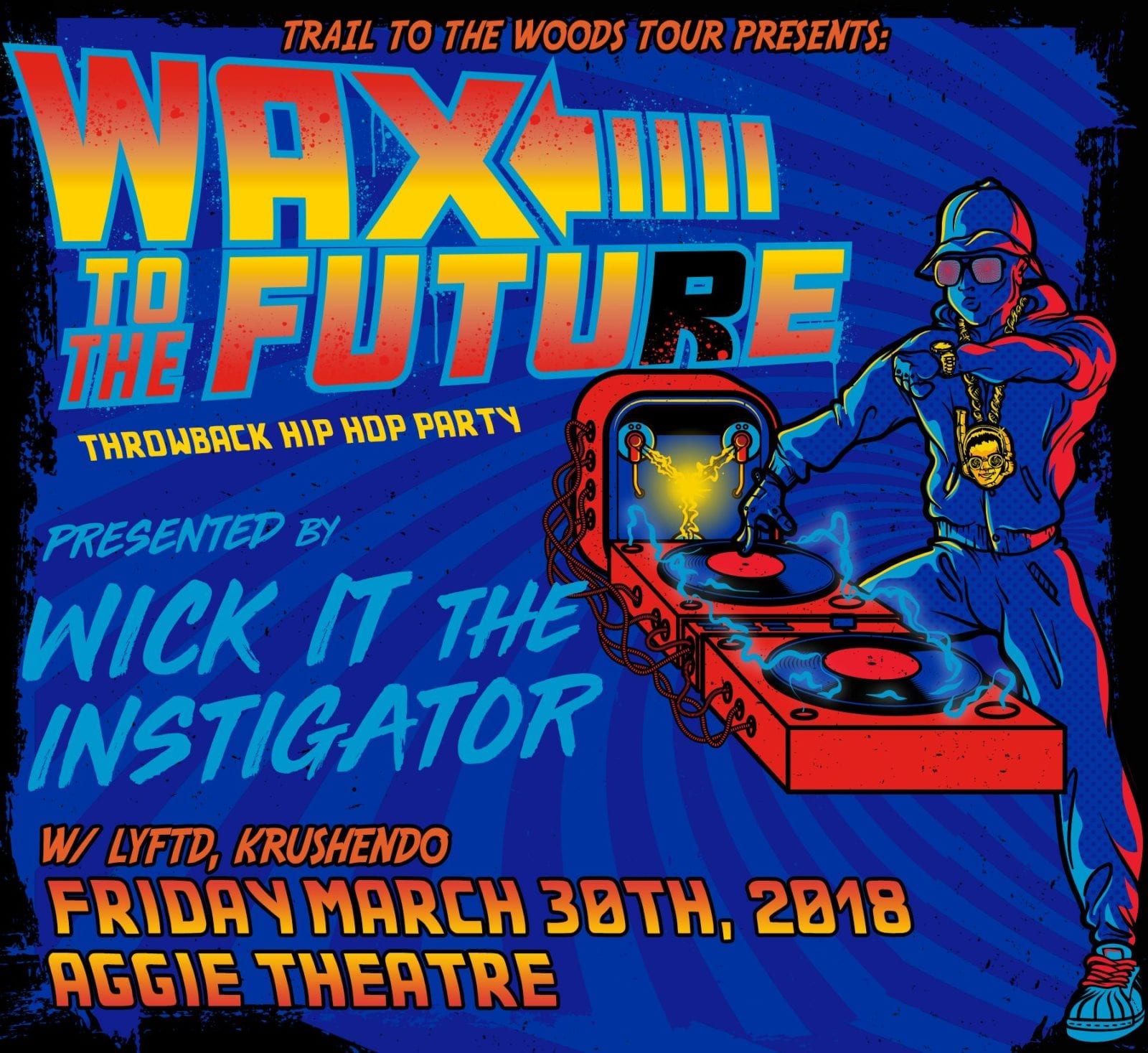 Wick-it the Instigator is a multi-genre DJ and producer known as a breath of fresh air in an otherwise over-crowded EDM scene. His SoundCloud page is one of the top 200 most active pages on the entire site, garnering more then 40,000 followers and over 7 MILLION plays. Impressive numbers like these, which recently landed him at #5 on Billboard’s Next Big Sound chart, aren’t just a testament to his top-notch production skills, but also his keen ability to build and harness a highly interactive online fan base (1,500+ Facebook Fans added weekly). In 2012, Microsoft recognized that direct audience connection and chose Wick-it to produce a song for their Windows 8/Angry Birds: Star Wars commercial that they blasted to millions of prime-time viewers. With successful headline tours supplemented by huge sets at major festivals, it’s obvious his talent and success extend far beyond the studio.
LYFTD

LYFTD is a Denver based group which is emerging in the upcoming Electronic-Funk scene. This electric duo is making waves as the 2017 winner of the Untz Challenge VIII, which grants them the opportunity to perform at 6 major U.S. festivals this summer coast-to-coast. They will take huge strides within the upcoming year as they showcase their unique new wave sound within the ever dynamic electronic music scene. A sound they can call their own.
Krushendo

Krushendo is a Colorado visual artist, bass producer, and adventurer that is looking to create experiences through vibration and love. He has been producing for almost 10 years and has been playing some type of music for the past 15 years ranging from guitar and vocals a metal band. Krushendo recently won On The Road to Summer Camp in a battle of the bands type event to go play Summer Camp Festival, he also selected as a finalist by The Untz.com for a chance to win a spot at 6 festivals, was featured in The Scene Magazine, and has recently seen press from Colorado Culture and iEDM.com. He has been featured on music blogs and Youtube channels including Dancing Astronaut, Future House Cloud, and Trap and Bass.
Back

HEADLINER POSTPONED UNTIL NEW DATE CAN BE LOCKED IN - Krushendo /w Elctrx, The Medicine Men, Comisar, & Enenra.
All ticket purchases will be honored, fill out the contact form if you want your money back. Dismiss